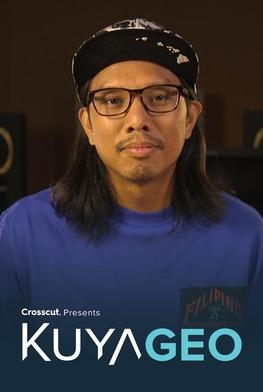 Explore identity, music, food and culture in the Puget Sound area from a Filipino American

Watch Latest: Seattle drivers? Kuya Geo Has a Rap for That
3m 19s

Play Seattle drivers? Kuya Geo Has a Rap for That

In this episode of our Kuya GEO series, George "Geo" Quibuyen rhymes and rants about the quirks of driving in Seattle.

In this episode of our Kuya GEO series, George "Geo" Quibuyen explores the history of the Filipino community's presence in Seattle's Historic Chinatown International, known to some as Filipino Town.

A look at the history of the Filipino community's presence in Seattle's International District and the efforts to preserve and cultivate Filipino spaces and culture.
Dive into more Kuya Geo on KCTS9.org:

George Quibuyen, a first-generation Filipino-American raised near Puget Sound, is co-founder of the hip hop duo Blue Scholars and a writer, musician, rhymer and restaurateur. Kuya, meanwhile, is a Filipino term of respect for a "brother" or "cousin," from whom one is likely to receive wisdom. In this video series, GEO will give a regular take on identity, music, food and urban culture.